We sequenced and analyzed the genome of the previously unculturable clinical strain Streptococcus sp. strain VT-162, which was isolated from the saliva of children in the leukemia/MDS group. 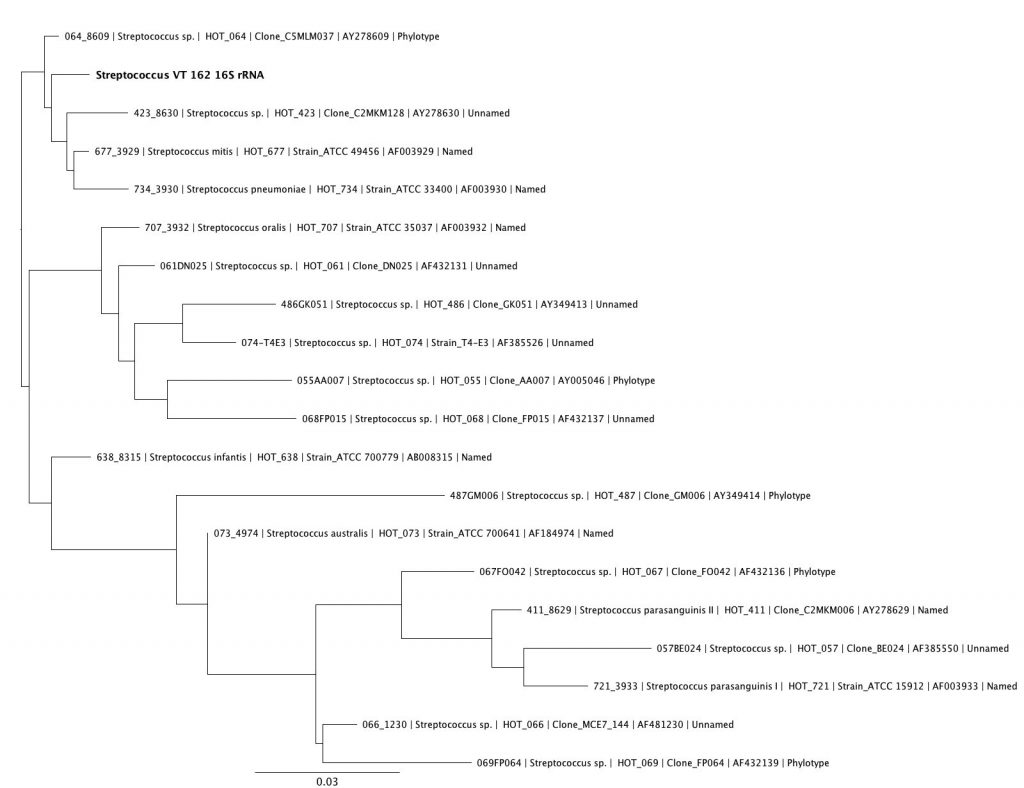 Streptococcus sp. strain VT-162 is a member of the Streptococcaceae family, which are highly prevalent in the human oral cavity and are a considered an established component of the commensal flora. In pediatric cancer patients, and particularly in oncohematology patients, streptococci are known to cause a wide variety of conditions ranging from local (caries, mucositis, stomatitis, and gingivitis) to generalized (septicemia and sepsis) complications.

The genome of Streptococcus sp. strain VT-162 contains genes for several competence proteins and multidrug resistance transporters of the ABC, MATE, MFS, and DMT families, as well as the vanZ gene, which confers resistance to teicoplanin, and genes encoding hemolysin III, and capsular and capsid proteins. Moreover, this organism encodes a glyoxalase that exhibits oncogenic activity. As such, its role in malignization should be evaluated.

The complete genome sequence has been deposited in the NCBI database under accession no. CP007628.